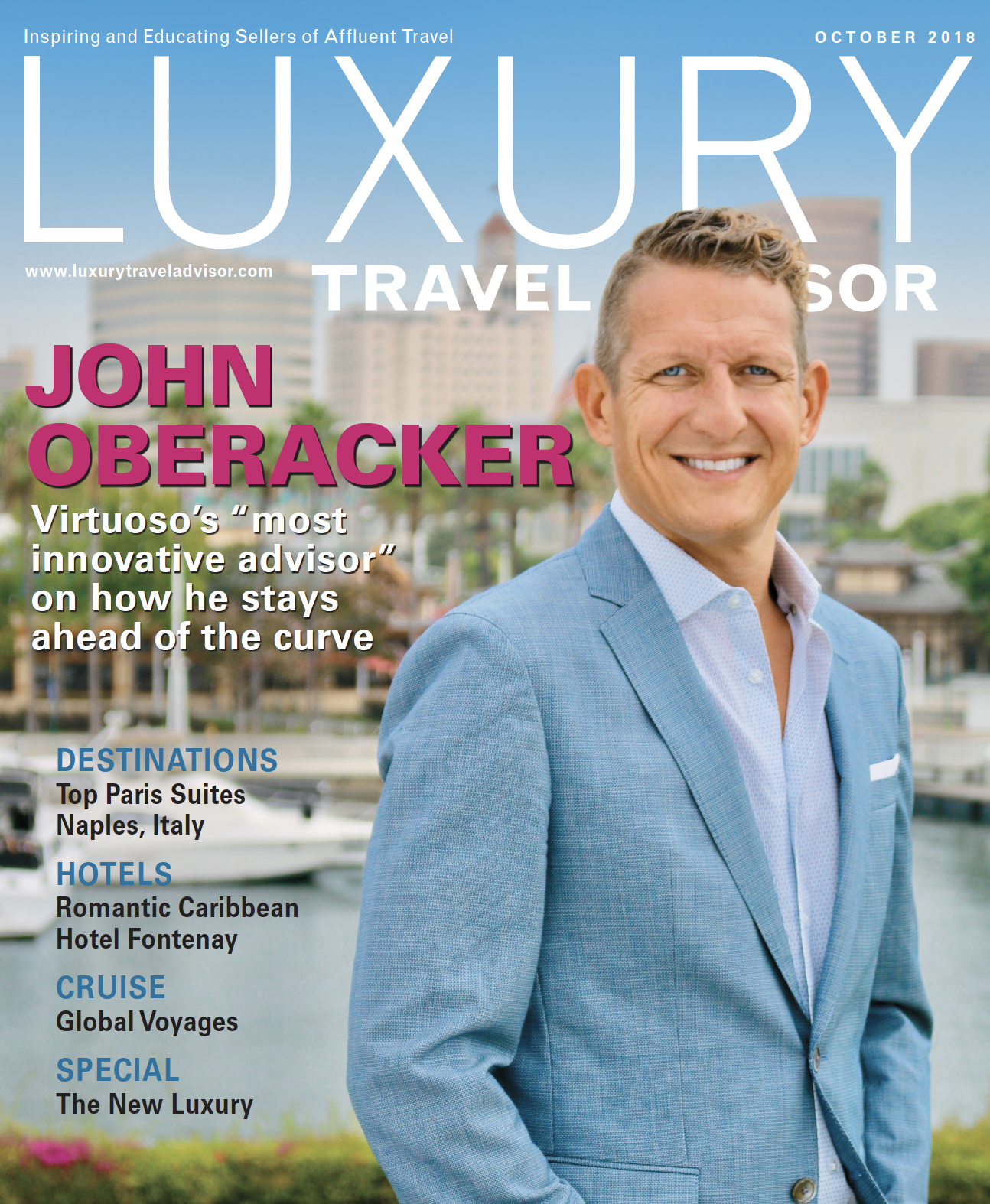 01 Oct John Oberacker: How Virtuoso’s Most Innovative Advisor Stays Ahead of the Curve

Staying ahead of the curve in the luxury travel industry and setting the trends instead of following them is a tall order — especially when the definition of “luxury” is ever-changing — but it’s what makes the advisors who pull it off so special.

Enter John Oberacker, founder and CEO of Eden for Your World, an affiliate of Montecito Village Travel in Long Beach, CA.

In August, Oberacker was named Virtuoso’s most innovative advisor, which the luxury travel network defines as the “travel advisor [who] has demonstrated the most innovative, imaginative and out-of-the-box thinking in selling travel.” It was the second year in a row that Oberacker was nominated for the award and his fourth nomination by Virtuoso in total (the previous two were for Virtuoso’s Rising Star, the “person, in the early stages of her or his career, [who] exhibits exceptional promise for reaching an elite level of professionalism and achievement”).