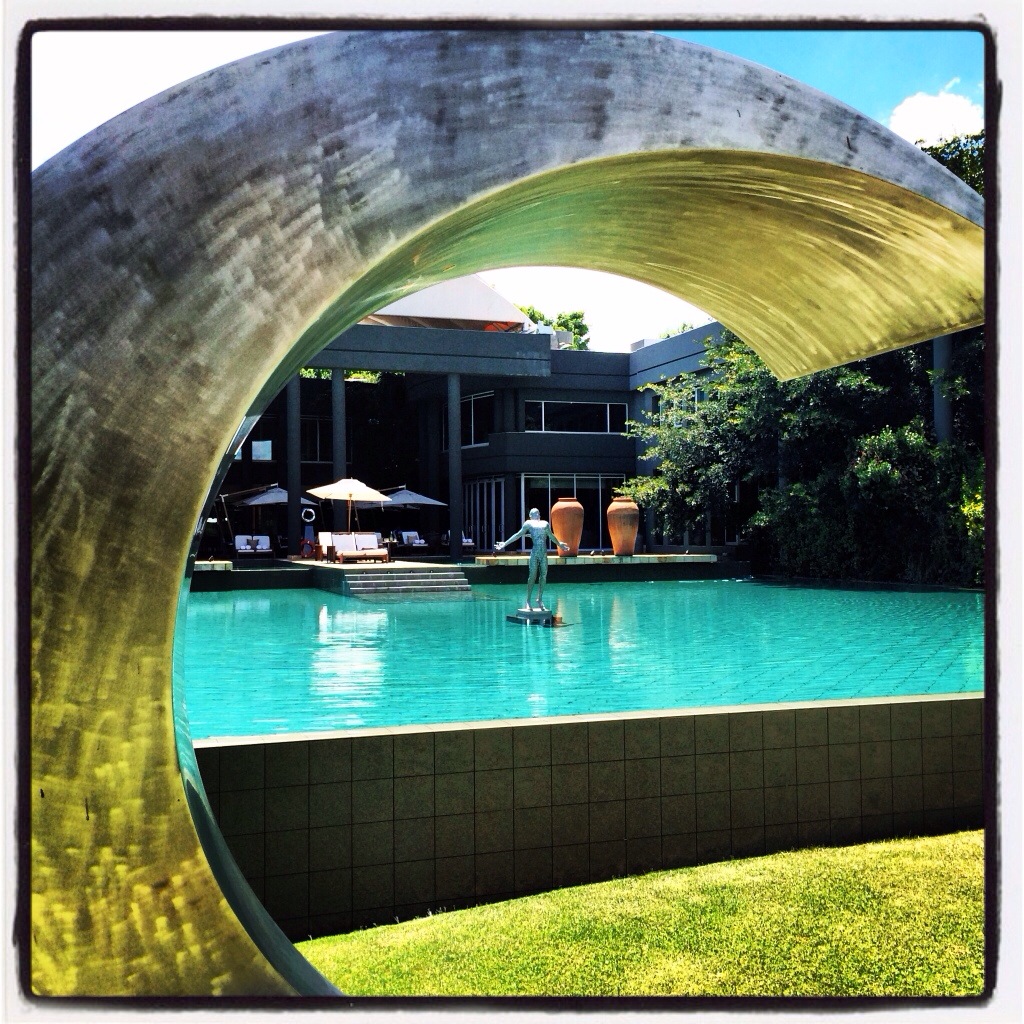 Two nights at the Saxon Hotel, Villas and Spa… Gorgeous! As is the service! The property, art collection, coffee delivery in conjunction with wake-up call and the rooms are a perfect reprieve after traveling so far.

The hotel was built as a private home in the Sanhurst neighborhood. Mr Nelson Mandela stayed here for four months, after his release from prison and wrote his book A Long Road To Freedom while staying as a guest of the owner/friend (while still a private home).

We discovered that the city of Johannesburg was founded in 1886, with along with the discovery of Gold.

The cities elevation is higher than that of Denver’s. It sits on a plateau at 5750 ft!

The World Tree Organization gives the city the honor of being home to the largest man made forest on earth.

Stay tuned for more from
Eden For Your World, as we head to safari.